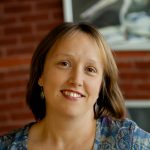 Dr Anwen Jones was appointed as a member of academic staff at Aberystwyth University in 1996 and has served as departmental Director of Teaching and Learning, Institute Director of Postgraduate Studies, Senate member and Aberystwyth university branch Chair for the national Welsh language Higher Education body, Coleg Cymraeg Cenedlaethol during that period. Dr Jones is currently Head of Department at the Department of Theatre, Film and Television Studies at Aberystwyth University where she leads a team of 34 academic staff complemented by two technical teams and an administrative team. She is a Reader in Theatre Studies and is editor of the Welsh language interdisciplinary e journal Gwerddon. She has published scholarly work in both English and Welsh including a monograph entitled, National Theatres in Context: France, Germany Wales, England and Wales (UWP: 2007), and two edited volumes on key figures in the theatrical and cultural life of Wales (2010 & 2017). Dr Jones is currently serving as a role Model on the HEA Aurora scheme and has also been a mentor on the WUMS scheme.