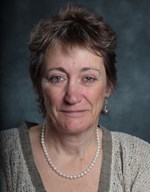 Pro Vice Chancellor and Dean of Faculty of Humanities, Arts & Social Sciences, took up this post in January 2008.

Her last post had been Associate Dean of the School of The Arts at The University of Northampton, where she had previously taught in the Division of Performance Studies.

Academic texts include Role-Play Reconsidered and Research Methodologies for Drama Education. Judith has also developed work and produced articles and papers on drama in broader contexts, such as health and equality and diversity training. Her most recent project was a second edition of a teacher’s book for Routlegde (which has been translated into Chinese), which was co-authored with Jo Boulton. She has recently completed Performing Research a co-authored book with Professor John O’Toole of the University of Melbourne.

Judith is leading on a LFHE (Leadership Foundation for Higher Education) funded project: Enhancing relationships between executives and governors: An exploration through performance.