Dean of the Faculty of Arts and Human Sciences, University of Surrey 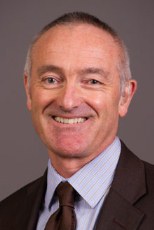 In Sheffield, he was Pro-Vice-Chancellor of the new Faculty of Arts and Humanities. He set up the Faculty and oversaw the relocation of most of its departments to new and refurbished buildings. He championed the notion of an ‘Arts Quarter’, celebrated by an extensive and successful programme of events (‘New Ground’), and he initiated contacts with regional cultural providers as part of the city’s bid for European Capital of Culture.

He is Vice-Chair of the British Association for Film, Television and Screen Studies (2012-2015) and Chief General Editor of Studies in French Cinema. He joined the Executive Committee of DASSH-UK in 2013.