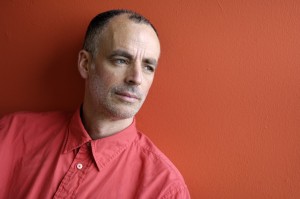 Now Executive Dean for the Faculty of Arts, Design and Social Sciences, Professor Steven Kyffin joined the University of Northumbria, as Dean of the School of Design, in January 2010. He has a Master of Design, Industrial Design, Royal College of Art London and a Hon Doc of Civil Law from Northumbria University.

Over the past thirty years, Steven has spent ten in the London’s Design consulting businesses; ten in academia, including Director of Industrial Design at the Royal College of Art and prior to joining Northumbria University, Steven spent ten years in Corporate Design leadership as Director of the Global Design Research group in Philips Electronics.

During the early part of his career, he worked on a wide range of assignments for several London based design consultancies. In 1988 he started his own design company and in the early 1990s joined the part-time tutoring staff at the RCA.

Steven acts as a European Commission research program reviewer and holds Adjunct Professorships in Hong Kong Polytechnic University and Southern Yangtze Uni. in Wuxi, Shanghai Until 2008 he was Chief Scientific Officer (Design Research) and core member of the ‘driving team’ in the founding of the recently formed Faculty of Industrial Design at the Technical University of Eindhoven, The Netherlands.